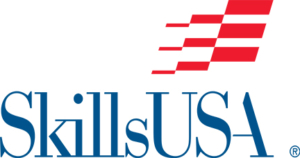 Four students from the Salina area did well at the 52nd National Leadership and Skills Conference sponsored by SkillsUSA from June 22-23 in Louisville, Ky. More than 6,000 students competed in 100 occupational and leadership skills.

Kindlesparger took 16th out of 43 competitors in the high school level of Computer-Aided Drafting (CAD), and Black placed 15th out of 21 in college level heating, ventilation and air-conditioning (HVAC).